Rhode Island has become a haven for ospreys and other birds of prey. One of the reasons is the great real estate opportunities. Who wouldn't want to have a nest overlooking two ponds? Sure the roads might be a little loud at times but the wife and kids will get used to it. Clean air, fresh fish, and no DDT, what's not to like? 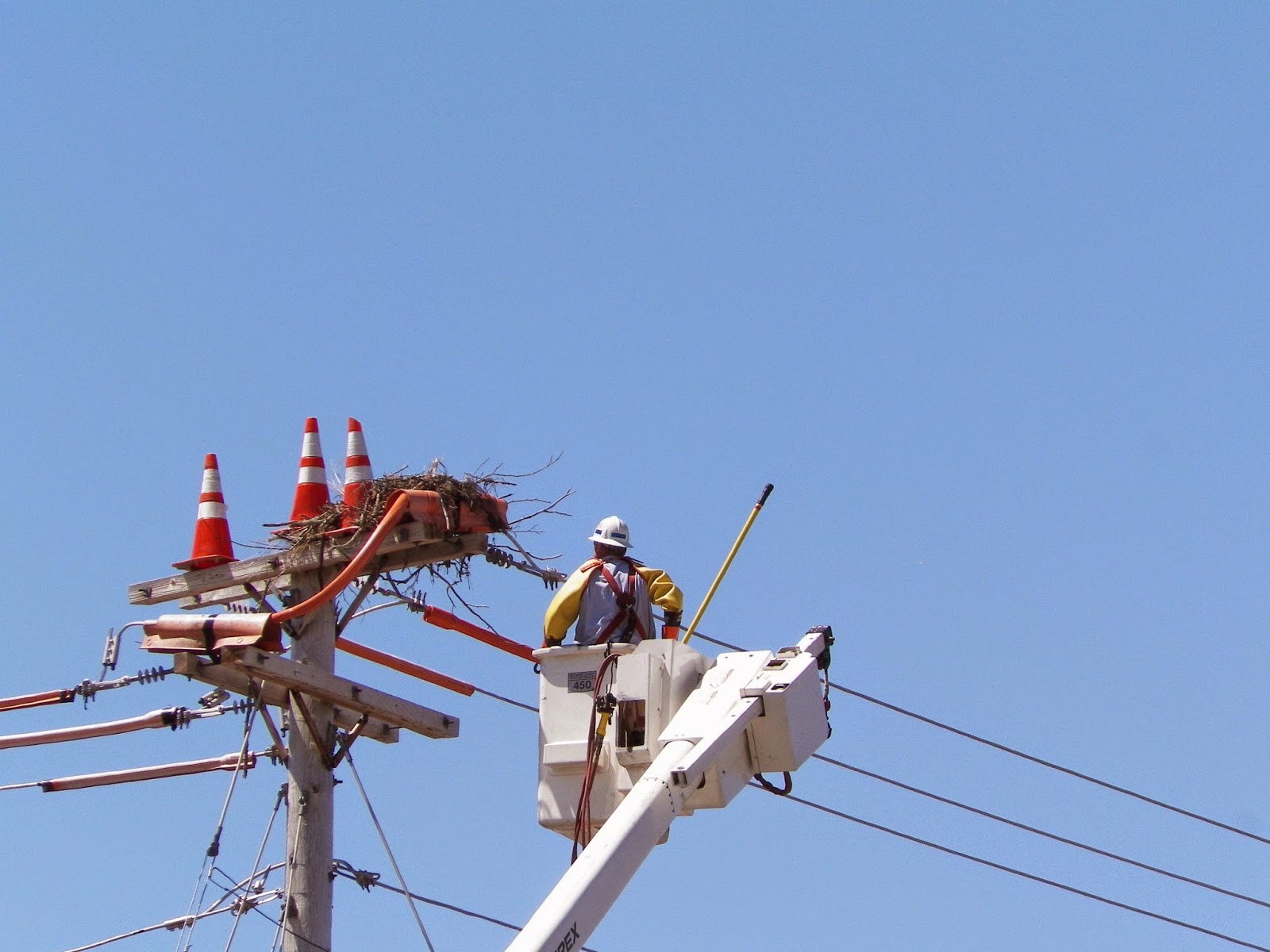 An enterprising bird decided that this was a spot that couldn't be ignored. The landlord thought he would be discouraged by those ugly traffic cones but weaving is the name of the nest game. Unfortunately the landlord didn't like the effort but offered a solution (as required by federal laws.) 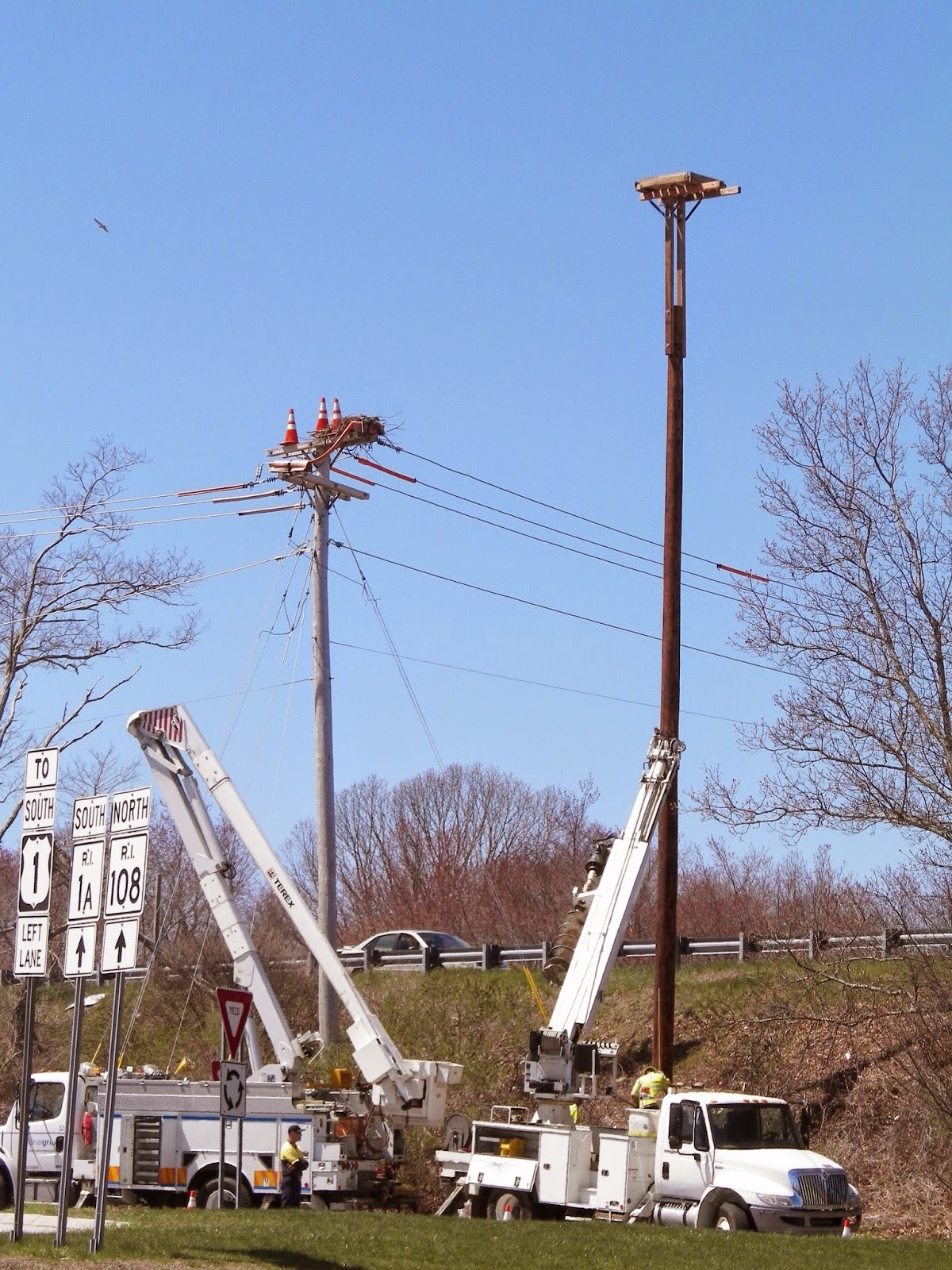 In a few hours time National Grid installed a new pole and nesting box to encourage the first time home owner to "move it on up to the west side" of the rotary. Four different ospreys kept a close eye on the procedures. I was surprised to learn that the old nest was completely destroyed. I thought that they would transfer part of it to the new platform. 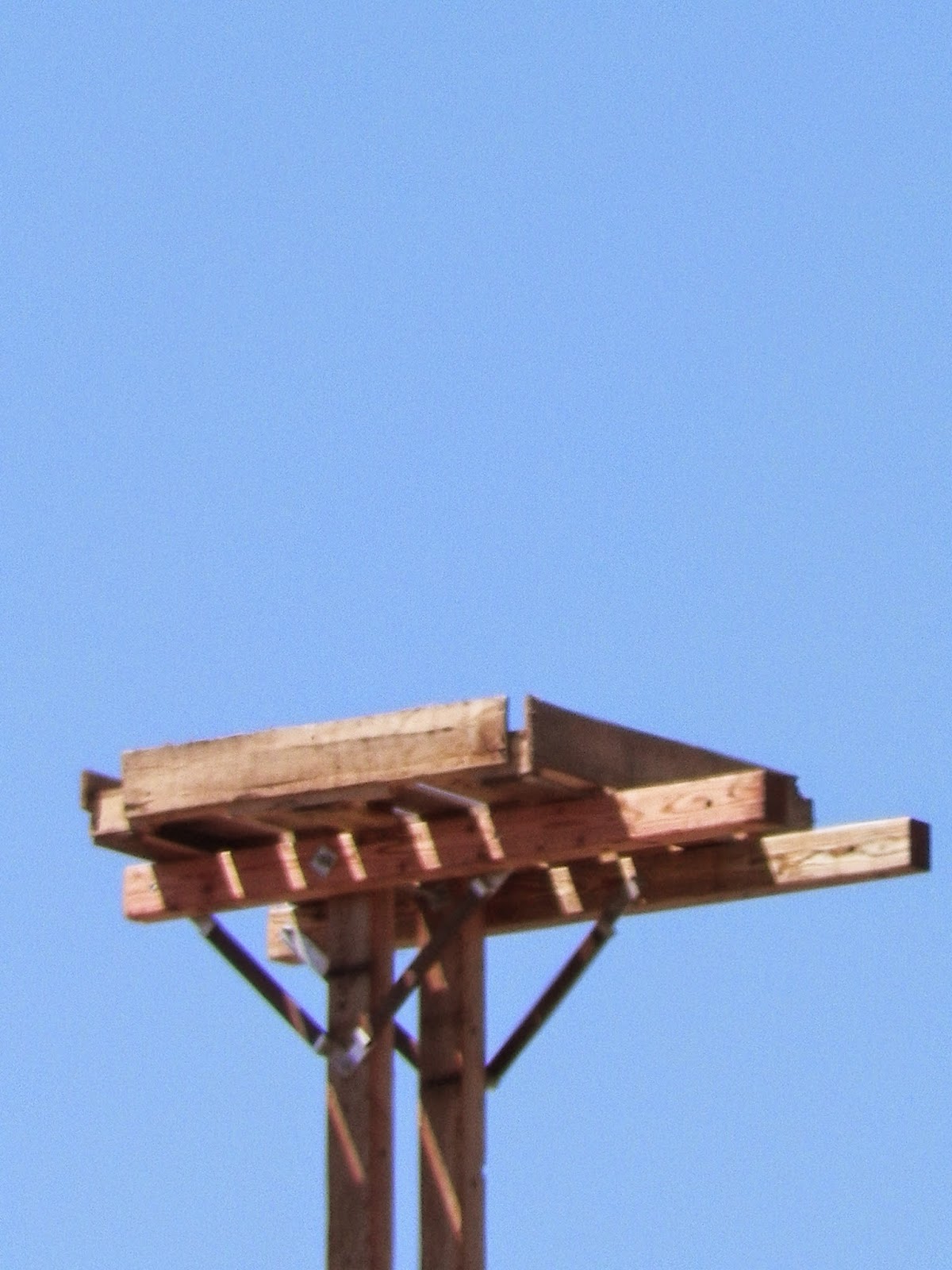 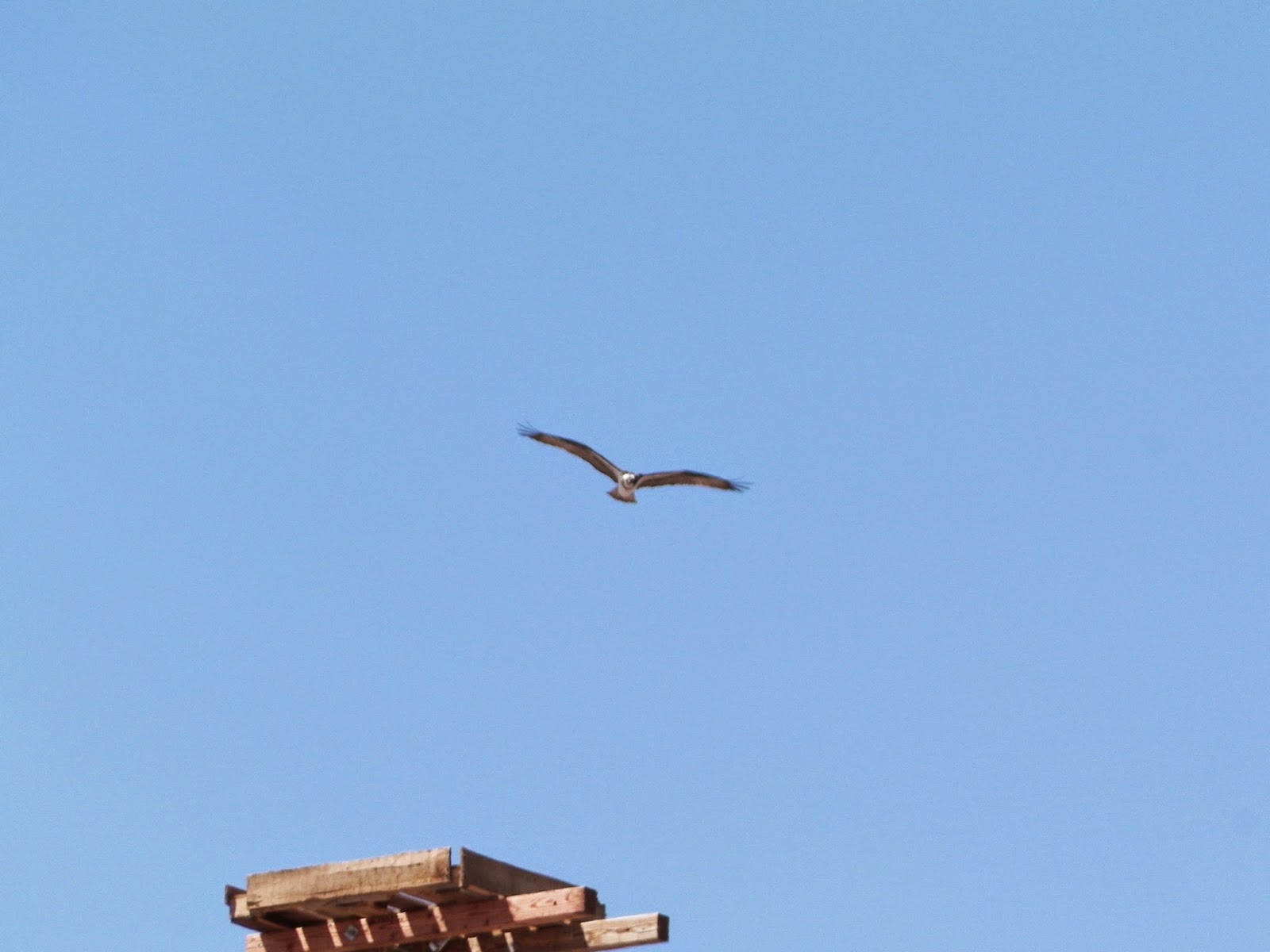 The new digs look extremely solid. The little guard rail seems to be a particularly nice touch. Those projections will give the parents a place to get away from the kids and plan their next fishing trip. Although I waited about 20 minutes after National Grid left none of the birds actually landed on the new platform. They all buzzed it and screamed a lot but no one laid claim to the space.

Twenty four hours later someone had claimed the prize. No one was home when I went by but clearly the new apartment was occupied. 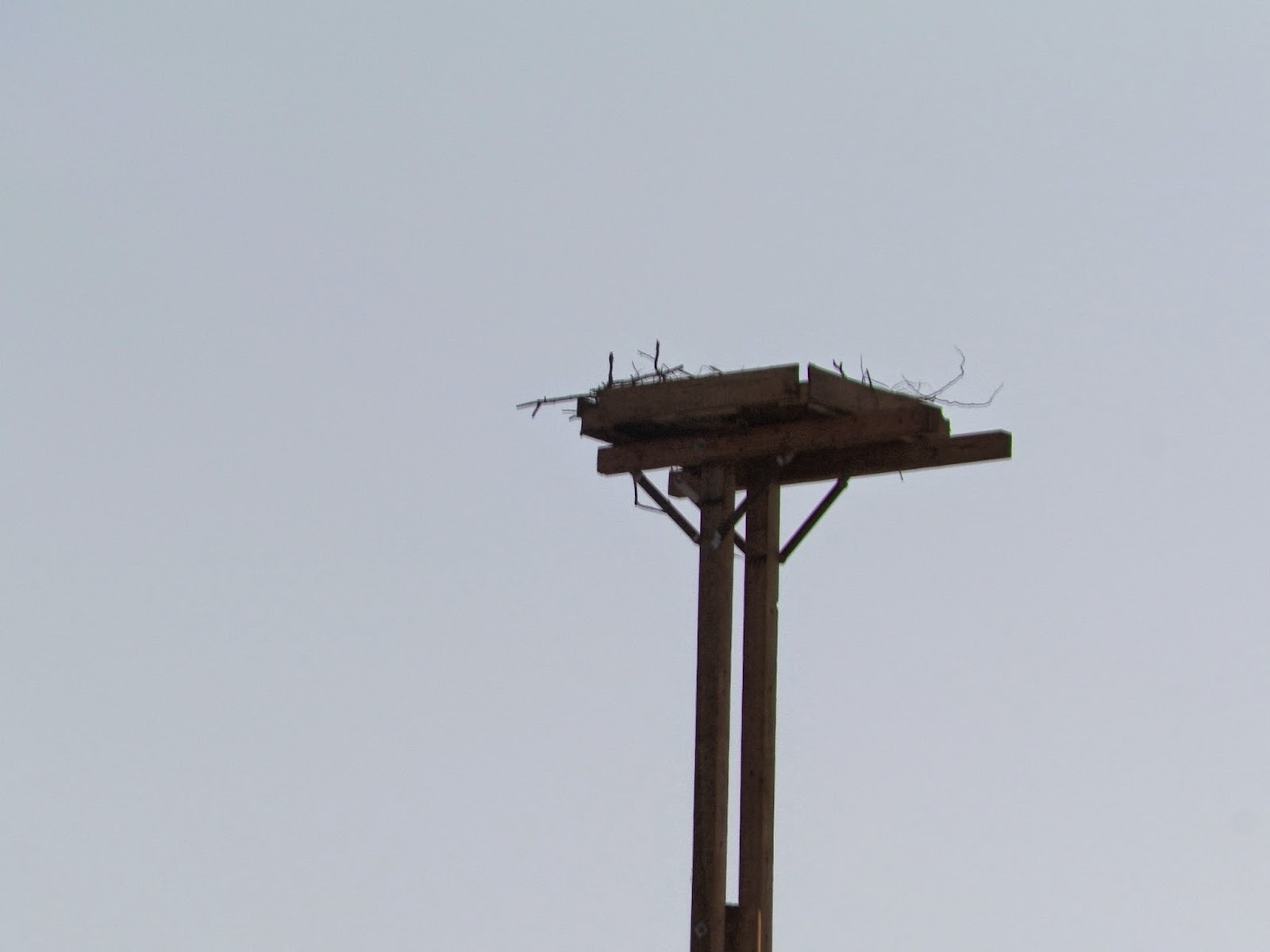 Posted by Innkeeper Seely at 9:37 PM